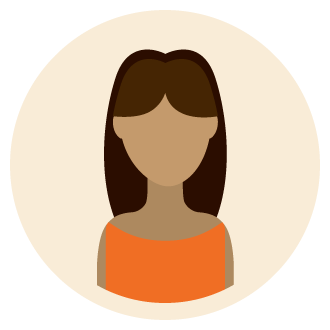 There is no doubt that pizza is one of the most popular meals in the United States, with millions of pizzas eaten at restaurants, delivered, and popped in the oven at home. When it comes to pizza though, have you actually tried all the different types of crust out there? Here are nine different pizza crust styles that are popular around the country and across the globe that you should try.

First up is the classic thin-crust style Neapolitan pizza, named after the area of Italy, Naples, where this crust style came from. A real Neapolitan pizza crust is made with hand-kneaded dough, has to be very thin, especially in the middle, and is baked in a domed wood-fired oven. This pizza style creates a nice, crispy crust that is often paired with Margherita toppings.

Second, another thin crust pizza is the New York-style pizza. New York-style pizza is known for being crispy on the edges and really soft in the middle, making it easy to take a huge slice and fold it in half to eat. It is thin, but the focus isn't on crispiness, it is on pliability. It is made with high-gluten bread flour.

Third, rounding out the thin crust category is St. Louis-style pizza. This style of pizza is all about a crust that is crispy all the way through. The crust is often compared to crackers, and the pizza is generally cut into squares, not wedges like New York-style pizza.

Fourth, there is a flatbread pizza crust, which has emerged over the last few decades. Flatbread crust is usually airy and light and is made in the shape of a rectangle. Sometimes the flatbread is other types of bread, like a pita.

Sixth, another type of Italian pizza that is not talked about as much is Sicilian pizza. Sicilian pizza is usually about an inch thick, so not as thick as a deep-dish pizza, but still a nice thick crust. You can often find Sicilian pizza in the United States in the Midwest. The pizza is often rectangular-shaped instead of circular with a Sicilian-style crust.

Traditional pan pizza is like a happy-medium. It is about half an inch thick and is often enjoyed by people who like thin and thick crusts. It has a battery tasty to it and usually has a chewy center.

Focaccia crust stands out due to the preparation method. Focaccia crust is more of a bready style of pizza, with herbs brushed into the crust. Generally, no sauce is used when preparing a focaccia-style pizza.

If you love pizza, make sure you have tried out all the nine different crusts above. Each crust, even when paired with the same or similar toppings, can create a very different pizza experience.

For more information, contact a pizza restaurant in your area.